Thank You for your request, we will contact you as soon as possible

Please, wait. Your request is processing

➜ Back to all 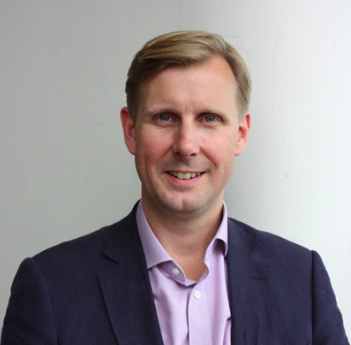 KindGeek acts as a development partner for an iOS and Android app. They developed and integrated the database-driven platform with Stripe, and assisted with UX and design based on existing wireframes.

KindGeek is thorough and thoughtful. They’re a transparent and fair team that handles challenges well. Though they rushed some parts of the project, the end product was satisfactory. They’ve overall delivered exactly what was promised, and they’re enthusiastic and responsive.

What challenge were you trying to address with KindGeek?

What was the scope of their involvement?

We have an iOS app and an Android app along with the platform that runs those apps. Within that platform, they developed a database. What we’re doing is building a database of people that are available to do work in a geographical location so that you can do a geographical search for people in your area that are available to do work. It’s a 2-minute job to complete a profile, including the location, kind of work they’ve had to do, their age range, a few notes about themselves, and any qualifications they have, and then it’s in our database waiting for clients to pick them out.

If they find a grafter, clients can then offer them work. The grafter says yes, and they go through a simple contract to agree to basic terms about how much they get paid per hour, where the work is, etc. At that point, the user goes off-platform. They do the work successfully and come back to the platform. We run Stripe Connect, which is a marketplace payment system, for the client to pay the grafter using the platform, and they also pay a fee for using the platform. That whole payment system is a quite complicated implementation of Stripe. The grafter gets paid and then at the end of that, there’s a ratings and review system. There’s a whole journey around that. You have a dashboard where you can manage your work or manage your jobs. There are alerts and push notifications that the app manages.

KindGeek was totally responsible for developing the platform. I’m not a technical person and neither is anyone else on our team. I did provide some basic wireframes because I’ve got some experience in doing that. But I think they would have just as happily done it a different way. It was a basic prototyping tool and a description of what I wanted to happen, about 30 pages. We then went through a UX process with the KindGeek UX team, and they implemented more details using these flows and designs. They took my basic concept and turned it into a proper set of user experience designs. They offered marketing services, but we do that ourselves.

How many resources were assigned to your project?

It changes over time, but generally speaking, we had a project manager, a business analyst, an iOS developer, an Android developer, a backend developer, a QA tester, and dev ops. At different times, we’ve had 1-2 of those roles involved in the project at different stages.

How did you come to work with KindGeek?

I ran an RFP process. I selected 5 people based on desk research and sent them a brief specification. I used to run a business like KindGeek in the U.K. which I sold a few years ago, so I’m quite an educated buyer in this process. I found KindGeek on Clutch. I decided that I wanted to put this development into Eastern Europe. The U.K. is very expensive and all the good developers work for Facebook and Google or the banks. The banks pay ridiculous money for developers. It’s very hard to get good developers for a good price in London. I’ve worked with India, South Africa, and other offshore places before and, culturally, it was very, very difficult. So, I was focused on Eastern Europe. I put it out the RFP to 5 different companies and narrowed it down quite quickly to 3 that were interested and the most engaging. Then, of those 3, KindGeek’s proposal was just way better than everyone else’s. They wrote what I would have written when I was doing a proposal for my clients, which was a 20-page PowerPoint of what they thought of our product. They gave ideas of how to make it better. They informed us of their processes and what kind of team they would provide. They told us their pricing model and covered a whole range of things. By comparison, one of the other agencies provided me with a 1-pager that just had a big number for the price with no detail. The third response was somewhere in between. It was an okay proposal, but it was 5 pages and lacking in detail. I was very impressed with KindGeek. They were keen and they responded to the RFP properly, and they made the effort to put together a good response. They thought it through, spent the time to think about what we needed, and came up with a really good proposal.

How much have you invested with KindGeek?

What is the status of this engagement?

We started working with them January 2017. We’re very happy with their work so we continue to use them.

Could you share any evidence that would demonstrate the productivity, quality of work, or the impact of the engagement?

We launched the apps about 3 weeks ago and we have 1,300 users so far. User feedback has generally been good, but we know there are things we compromised on in the first phase, so it’s still a work in progress. It’s not a finished product; it’s very much an MVP. We know there are failings in there that we decided to accept in order to launch quicker. We’ve got another 2 iterations coming over the next month or so, and I think once we get to the end of that, then we’ll be happy with where the product will be. It’s no reflection of KindGeek. It’s a reflection of where we’ve chosen to compromise.

How did KindGeek perform from a project management standpoint?

They’re very agile and very lean, and I like that because I’m paying for their time. They don’t try to load the project with additional costs. They do what they need to do to get it done, so that’s the right level of engagement. The thing I like most about them so far is that, in any project like this, it’s inevitable that things go wrong. What it’s about is how you handle it when things go wrong. They’ve been excellent at dealing with things that have gone wrong. That’s what has really impressed me—they’re very open and very honest. They don’t try to hide things when they go wrong and they make sure they compensate us for any errors that their team makes by rectifying that in cost.

What did you find most impressive about KindGeek?

Are there any areas KindGeek could improve?

The biggest problem we had was that the iOS developer, halfway through the project, was in a car crash, so we had to change the iOS developer which is very difficult. But there wasn’t much they could do about that. They really struggled with one element of the finance implementation and I don’t think they read the documentation well enough. I think they were just trying to get it done without actually spending some time to read the documentation. That was minor really. It just took a little bit longer to sort it out by me having to get a bit more involved in pointing out what they needed to do. 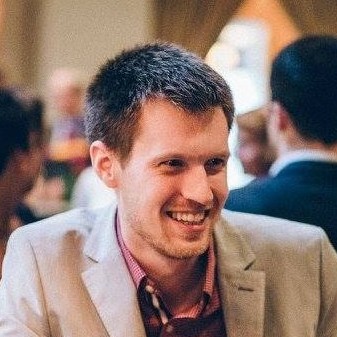 We are a Ukrainian company. KindGeek was founded in Ukraine; our co-founders are from Ukraine, and all of our team members call Ukraine home.

KindGeek was launched during the Revolution of Dignity and the beginning of the russian aggression against Ukraine. We knew it would be a long road, but our values were clear early on: at KindGeek, we do not do business with russians and wholeheartedly work for Ukraine’s future.

During the full-scale russian invasion, we continue developing high-quality innovative technological products while volunteering and donating funds. We work for Ukraine’s economy as our army resists the unprovoked Russian war against Ukraine.

We ask for any help you can offer, whether that is by peacefully protesting, speaking to your representatives, or donating funds. Here are links to trustworthy organizations in need of donations.