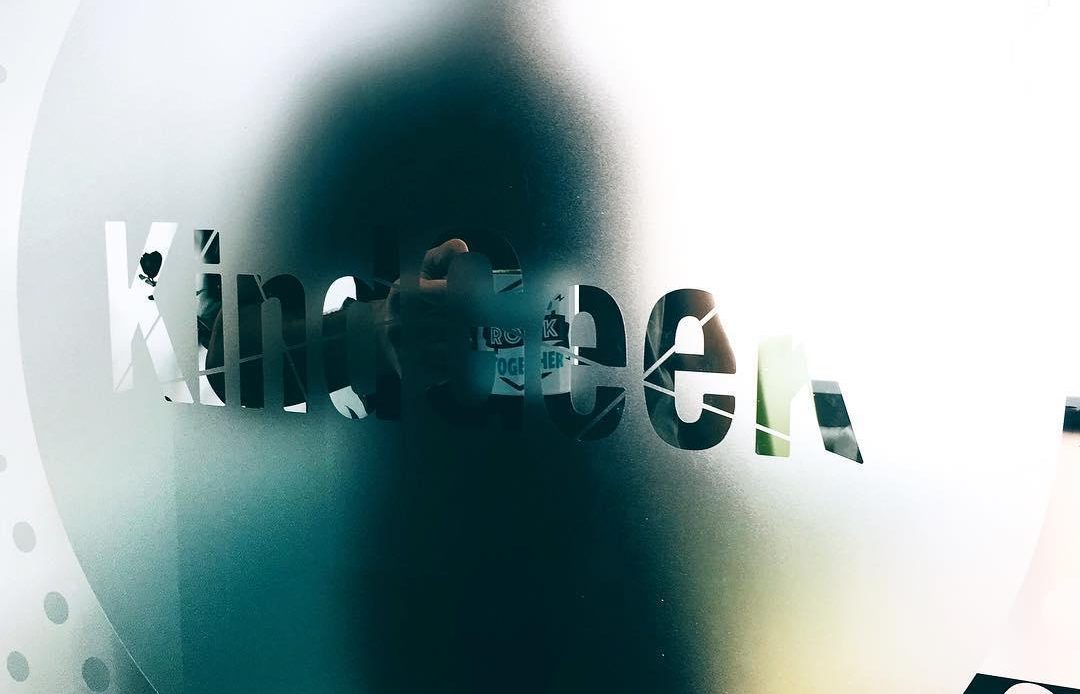 We Were Tricked by an “Impostor”

We were tricked by an “impostor.” But, it actually was a beneficial and interesting experience.

On a usual autumn day, September 7th, 2017, David Olsen, who claimed himself to be CEO of a Los Angeles logistics startup, contacted us and asked whether KindGeek could help him create web and mobile solutions for his company.

At the time, startups were our primary focus, and we already had experience developing logistic systems, so we jumped at this opportunity with all our enthusiasm and eagerness. We responded to the first message and received the second one immediately after. This time David wanted to receive some details regarding our experience and expertise to choose the most suitable candidate for his project.

Everything seemed normal, so we sent our response and started waiting for David’s answer. We expected to receive “yes” or “no” in the worst-case scenario. However, we did not expect to be surprised (Spoiler alert: we actually received “yes” but a slightly different “yes”).

As you may have guessed, in his third letter, David said that he is not actually David. In fact, KindGeek became a part of a research that was conducted to analyze the sales/engagement prowess of Ukrainian software outsourcing companies.

The research was organized by Sloboda’s CEO, Pavel Obod, and sales specialist, Jenya Rozinskiy, because of the complaints of some foreign customers that Ukrainian software development companies often ignore their requests to develop applications. Considering, extreme saturation and severe competition in the Ukrainian IT market, it was difficult to believe that some companies might neglect potential customers. To check whether it was true, Pavel and Jenya created a mythical client David Olsen and send his messages to 125 Ukrainian software development companies. KindGeek was among those companies.

Out of 125 software development companies, 64 responded to David’s first letter, and those organizations received the second email.

This time, only 47 companies responded to the letter. However, the main idea behind David’s second letter was not only to check response rates but also to analyze how well these Ukrainian software companies handle the engagement/sales process.

Zhenya Rozynskiy, analyzed the companies’ responses to the second letter to understand whether a hypothetical client David would give them his “yes,” “maybe,” “probably not,” or “no.”

KindGeek became a part of the lucky thirteen pack with the rest of the companies the responses of which were regarded as professional and relevant enough to win a client.

As you can see, even though this one time, KindGeek was tricked by an “impostor,” we still received our “yes” as a client-oriented software development company and an invaluable reminder that competency and professional approach should always be a top priority of any company.

By Iryna Hvozdyk
3 Mins read
For almost 8 years Kindgeek has been growing. We have been exploring and reaching new peaks. Proudly celebrated victories and learned from…
Our Achievements

Clutch Awards KindGeek As a Top B2B Company in Ukraine

By Iryna Hvozdyk
1 Mins read
In the face of war, we continue to be a platform for positive changes for our partners and clients, and our recent…
Our Achievements

By Yuliya Datsyuk
3 Mins read
Lviv, Ukraine, 15th of March 2022 – we are proud to announce that KindGeek successfully verified as a Pangea vendor.  While we…