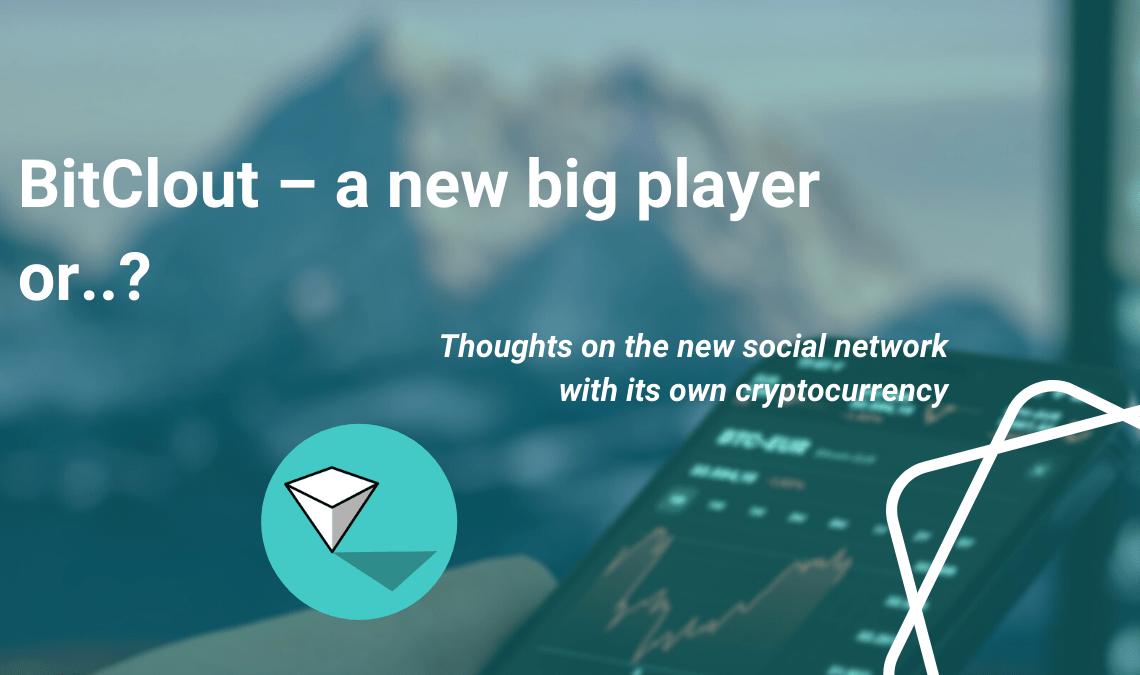 Who would have thought that 2021 would be so rich in new social networks? We haven’t even had enough time to chat in Clubhouse yet, while there’s a new hype around BitClout, a blockchain social network, and a potential unicorn. Bitclout is a new social media on blockchain and the synthesis of Twitter and Bitcoin.

BitClout earned more than $160 million in just one week. That is not surprising considering the popularity of cryptocurrencies and NFT in particular. Such success is also partly to the names of the BitCloud founders. The press writes that Sequoia Capital and Andreessen Horowitz (a16z), TQ Ventures, Coinbase Ventures, Winklevoss Capital, Pantera Capital, and many others have already invested in BitClout. To add on, investors have not confirmed their involvement in the project yet.

The main idea of the platform is that users can buy “creator coins” (tokens) tied to celebrities, both global and local, and receive income from their growing popularity over time. The price of each coin goes up when people buy and goes down when people sell.

The purpose of the project is to allow everyone to monetize their presence and influence on the Internet. For instance, if a user believes in a promising musician, writer, artist, blogger, or anyone else, he or she can buy tokens to support a person. Thus, people who believe in someone’s potential can buy their coin and succeed with them financially when that person’s rate goes up.

How does BitClout work?

In general, BitClout’s features are similar to Twitter. For example, 280 characters text restrictions, the ability to attach photos and videos weighing up to 2 megabytes. In contrast, with BitClout you can buy someone’s coin and then retweet them, which makes it so that you’re not only along for the ride financially if they blow up, but you also get bragging rights.

Each user gets the personal creator coin simply by creating a profile. The price of each coin goes up when people buy and goes down when people sell. So if you think a coin is going to get popular, then you will probably make money if you buy it early.

For instance, Kim Kardashian’s coin is now worth $12 000 because it’s popular among BitClout users. However, Kim Kardashian as well as Ilon Mask have not joined the platform yet. We can only imagine what kind of a fuss it will be when they sign up. However, Pamela Anderson, Ashton Kutcher, Paul Pogba, Diplo, Neil Strauss, Grant Cardone, and many other celebrities have already created their profiles on BitClout.

A few things to know about BitClout

The white paper published on the official website states that BitClout is not a company. BitClout is an open-source blockchain similar to Bitcoin. It was created by an anonymous group of developers. Their motto is:

Today anyone can buy BitClout with Bitcoin through a “decentralized mechanism of atomic swap”. The price of BitClout doubles for every million BitClouts sold, and this makes BitClout naturally scarce, resulting in a maximum of 10-19 million BitClouts minted in the long run. This is less than the Bitcoin maximum supply of 21 million.

Also, many users forget that this platform is designed not only to buy or sell but also to create content. The thing is that you don’t have to be famous to raise the price of your coin. There are some cases when ordinary people significantly grew the price of their coin by creating high-quality content and engaging with their audience.

A bummer: this is a beta version of BitClout, so the system is a bit slow or buggy due to the high amount of newly registered users.

A bit of criticism

BitClout pre-loaded profiles for the top 15,000 influencers from Twitter into the platform without their agreement which raises many concerns about the author’s rights. There’s one more important fact. The thing is that to invest in the platform, you need to buy cryptocurrency BTCLT (BitClout) for BTC (Bitcoin). The platform, however, lacks functions to exchange BTCLT for BTC yet, so if you buy BitClout, you won’t be able to exchange it back to Bitcoin. On the other side, the developers claim that such function is only a matter of time.

Therefore, even though large funds have already been invested in BitClout, there is a great risk that this project may be closed at any time, or turn out to be a pyramid or a fraud.

If you are brave enough to join the game and make such a risky investment, remember this rule. Invest the amount that you are ready to say goodbye to easily – throw out of the window or burn, for example.

By Yuriy Gnatyuk
4 Mins read
The 2021 WebSummit in Lisbon brought up many intriguing companies and tech innovators. One of my most prominent discoveries was Dfinity –…
BusinessOur Culture

By Yuliya Datsyuk
3 Mins read
Sean le Tissier is a British entrepreneur and founder of Coffee King, an innovative startup that rethinks the coffee culture. Sean recently visited Lviv and KindGeek. In this talk with Sean, we covered the Coffee King story as well as cooperation with KindGeek.
FinTech

By Yuliya Datsyuk
7 Mins read
We discuss 5 top machine learning use cases in Finance and Banking industries to shed light on the opportunities ML provides for Fintech and some challenges to overcome.