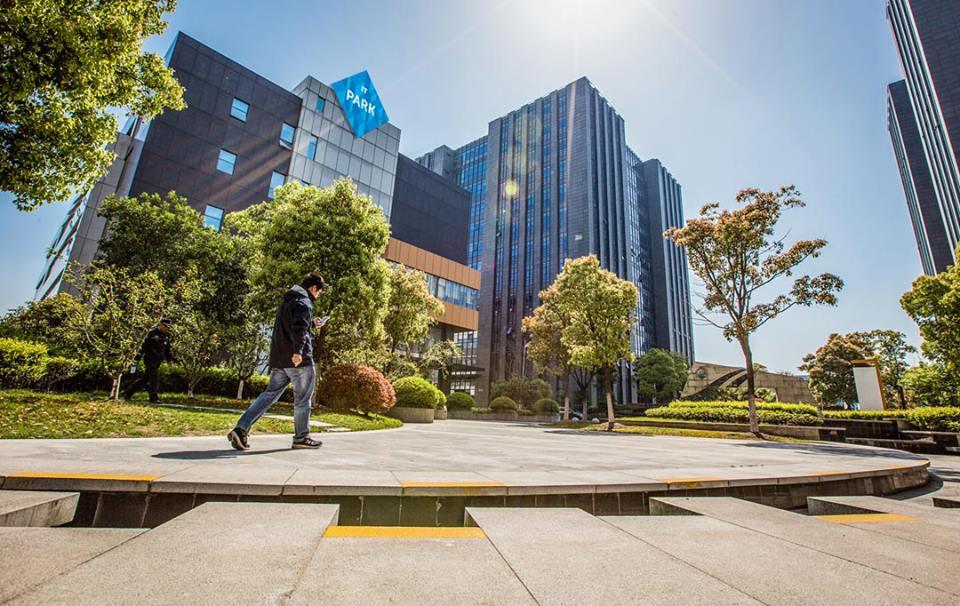 → Go to the video

The proficient, diligent, and cost-effective labour force of Ukraine has made the country one of the most attractive outsourcing destinations. This fact was acknowledged by Gartner in 2014 and by GSA UK awards in 2017. In 2015, outsourcing has become the third biggest sector in Ukraine by an export with $2.5 billion, and this number continues to grow.

Now, Ukraine is celebrating a new landmark on the path of its technological and economic advancements. One of the biggest investors, Brookfield Asset Management, alongside others supported the potential of the country with $160 million of investments in real estate object, IT Park. For reference, the estimated price of Googleplex, Google’s HQ in the US, is $120 million.

–Canary Wharf (one of the main financial centers of the UK, located in London)

–Potsdamer Platz (famous public space in the center of Berlin)

IT Park will be constructed in Lviv, which is not strange as the city is one of the most promising cities for IT outsourcing with more than 15,000 professionals and 200 companies (including KindGeek) working in the field.

The project includes offices, hotels, kindergarten, tech labs, libraries, shared workplaces, public spaces, and university campuses. As follows, IT Park will provide not only a convenient working space but an environment for modern education. The first buildings will be ready for exploitation in 2021.

By Yuliya Datsyuk
5 Mins read
Whether you’re developing an investment app or a mobile marketplace, you need to integrate payment gateway in a mobile app.
BusinessFinTechSoftware OutsourcingTips

By Yuliya Datsyuk
7 Mins read
In this article, we will explore the 3 best online payment gateways for small businesses that can grow together with your small business and ensure your customers’ data security.