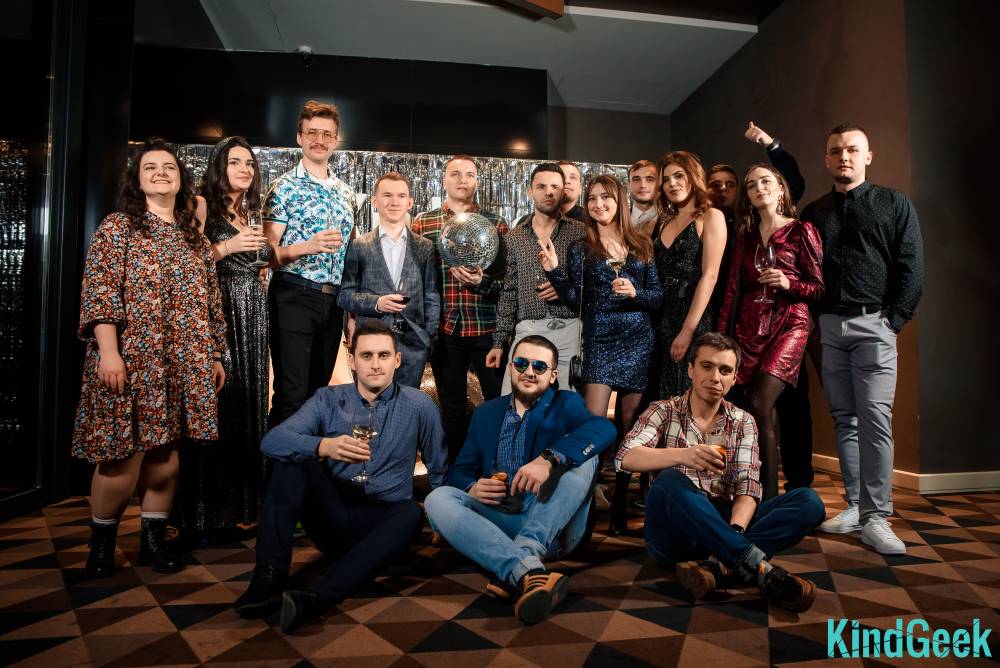 The Story of One Kind Geek

Every month, we conduct an internal digest to share news about KindGeek and our Geeks. Sometimes, we tell interesting facts about our people, their life and career stories. This time, we decided to lift a curtain a little and share one story with you.

Meet our iOS developer, Oleksa Boiko, and his story.

Oleksa graduated from Lviv Physics and Mathematics Lyceum and Faculty of Applied Mathematics and Informatics of Ivan Franko National University of Lviv afterward. As you can see, it was easy enough for him to choose a career.

During the education process, he started to learn JavaScript. However, Oleksa decided that he was not meant to become a Front-end developer since even after 5 interviews, he was not able to land a job.

So, Oleksa tried something else and switched to Swift. Just in a month, he got an iOS developer job offer. After that, his 6 friends got a job too by following his recommendations. Among them were

– Student of a music conservatory.

There was one condition though. If a friend got a job, he or she should have sent 5% of the salary to the «Return alive!» fund (which helps Ukrainian soldiers).

“How did I get a job at KindGeek? Thanks to a reference from a friend, I decided to go for an interview here and landed a job. After a year of working at KindGeek, I received an offer from another, way bigger company, and… Well, sure, with my rose-colored glasses on, I took the offer.

One more year has passed, I’ve got a few different certifications and watched hundreds of thousands of dollars being wasted. Imagine, a bunch of amazing professionals, with years of experience working with the best banking and government platforms, who present at the demo some changes of fonts and fixes to a few minor bugs. At this moment, I realized that I want to do something more meaningful.

That’s when I came up with an idea for an app that would help people to be more productive. After 13557 lines of code, 297 commits, 4 boards on Trello, hundreds of closed tickets, an unlimited quantity of weekends and nights, my little team and I developed Rise.me MVP.

Meanwhile, I received a message from Anton Skrypnyk. He asked whether I had any good iOS devs to recommend for a new project. I told him that I knew one and sent my resume.

Now, I’m back at KindGeek, working on an amazing fintech project from the UK. I have this marvelous feeling that I’m a part of a great team, creating something important that could change lives or even the whole banking industry of the UK.”