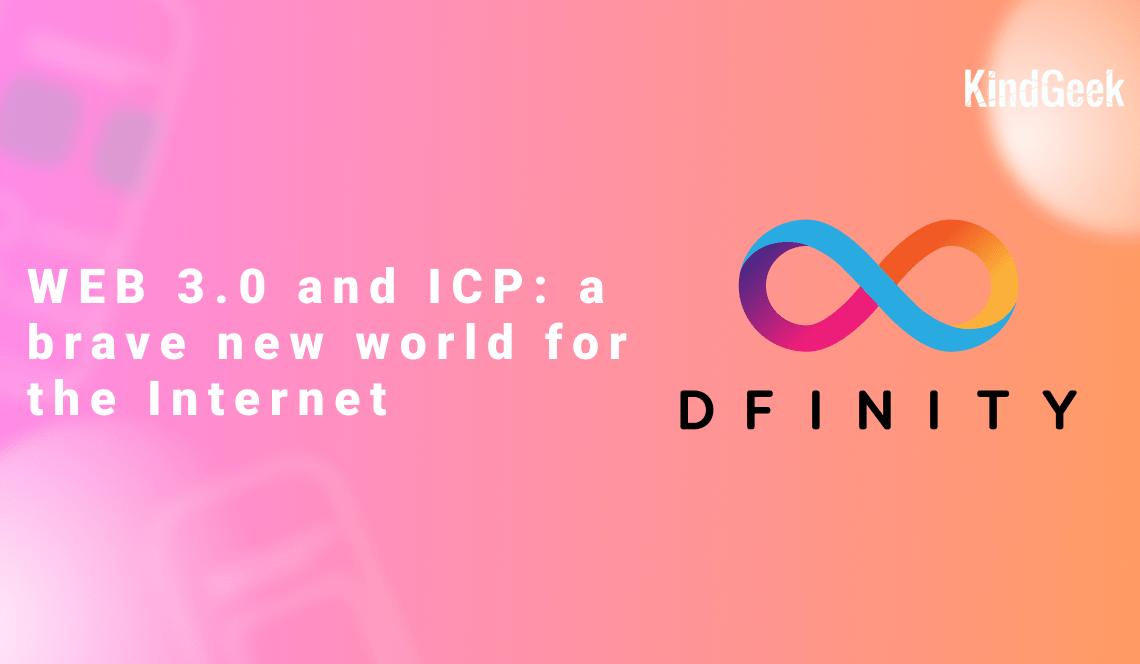 The 2021 WebSummit in Lisbon brought up many intriguing companies and tech innovators. One of my most prominent discoveries was Dfinity – an innovative contract platform​​ that aims to replace the cloud computing industry with its blockchain-based Internet computer and create a new generation of mega-applications based on it. Dfinity was launched in May of 2021.

Dfinity aims for the internet itself to support software apps and data, rather than simply delivering peer-to-peer connections and depending on proprietary cloud services to manage the rest.

Due to its technical complexity, Dfinity may seem obscure and abstract to many, even crypto enthusiasts. This article will reveal the technology, the vocabulary behind the technology, and the dream of a shared “world computer.”

Let’s begin with a bit of a glossary

Here are a few central terms you will run into in this article:

Dfinity Foundation – a not-for-profit organization, based in Zurich, Switzerland, and operates research centers in Palo Alto, San Francisco, and Zurich. It has more than 200 team members and aims at building a “blockchain singularity” by reimagining blockchain technology.

ICP – ICP is the protocol that creates the Internet Computer blockchain.

The nonprofit Dfinity Foundation’s solution is the Internet Computer, which would redefine the Internet as humanity’s primary computing platform.

Internet Computer is a new, high-speed, secure, and cost-effective blockchain network that allows for the extension of Internet functionality. IC is constructed from building blocks. At a base – autonomous data centers worldwide that host ICP-specific node hardware. A cluster of nodes, which guarantees decentralization, is called a subnet.

Because IC is hosted on a network of computers distributed around the world, it is being used to run the next generation of decentralized mega-applications—such as Linkedin, Amazon, Facebook, etc.

What is the point of ICP?

Dfinity hopes to offer an alternative blockchain that can operate at the speed of the Internet and scale to support infinite amounts of computing and data.

They focus on creating an open-access decentralized Internet, where developers can create the next generation of projects and applications.

Dfinity wants to make it possible for entrepreneurs to create and run online businesses without relying on FAANG like companies and their technologies stack.

What is the cool stuff about IC?

Dfinity is a new Blockchain network that aims to solve the same problems that Ethereum, Solana, and other technologies face, without sacrificing security or decentralization and high speed.

Internet Computer claims that it can complete transactions in one to two seconds. By comparison, Bitcoin takes about 10 minutes and Ethereum about 15 seconds (depending on network load).

For all the excitement of technologies like — Ethereum, Solana, Terra, and many more — none can actually store data on-chain affordably. It costs at least $1m to store 1 GB on Solana, on ICP for a one-year data store will cost you… $5. Apart from the earlier technologies, costs on the Internet Computer do not fluctuate depending on the current price of $ICP. That’s because cycles are a stable coin.

Internet Computer Coin, also known as ICP, has a deflationary component that will exponentially grow as the ecosystem around it grows and matures. Cycles can also play an essential role in the DeFi world; they are basically algorithmic stable coins. ICP can also scale-out enterprise software level apps all directly from the blockchain.

OK, how does it work?

Most blockchain-based projects rely on a verification process that is based on mining, requires intensive processing, and can take a long time.

ICP uses a variation of the Proof of Stake algorithm (called Threshold Relay) to achieve consensus. The nodes in the ICP version generate a random number. It is used to select the next group of nodes and manage platform protocols.

What is an ICP token?

The ICP token provides gas for the network and gives users an opportunity to vote for proposals that will determine the future of Internet Computer. Users can create “voting neurons” that allow them to vote either manually or automatically by tuning their neurons to follow

The Internet Computer Platform (ICP) is listed for trading on a variety of exchanges, Binance, ICP, Kraken, etc.

When this article was published, the price of the ICP coin was $25.20.

The future of  Internet Computing in the web 3.0 world

The Great Detox away from fake Web 3.0 will begin when regulators get real

People will stampede to real Web 3.0: where dapps run entirely from blockchain w/o the corporate cloud

The Matrix will shatter & it’s going to be epic…

Dfinity has big goals to reimagine traditional internet – as big as running ETH 2.0 inside a canister on the IC. The company has a grand vision and even grander competition among programmable Layer 1s. Ethereum has lately triangulated on DeFi and high-value transactions and Solana also resembles. The decentralized vision of the internet seems like a new paradigm and technology for the world – and just like any newcomer, Dfinity has a mountain to climb on the market. However, the aspiration to create the ultimate world computer promises a great future of Web 3.0.

By Mykhailo Bogdan
3 Mins read
Hyperledger Sawtooth – is an open-source business blockchain (distributed ledger) platform. The blockchain is definitely a lasting trend, and giving fancy names to blockchain platforms is a trend within a trend. The primary aim behind Hyperledger was to create a blockchain platform that could be easily implemented by different businesses and communities.
Blockchain

So what's special about ICO

By Oleksandra Denysenko
2 Mins read
Initial Coin Offering (or ICO) is kind of crowdfunding used by startups to raise money for some short period. It is similar to IPO (initial public offering), but with cryptocurrency and unregulated state. So, that’s a great and fast way to raise big money for the startup, but a little bit risky. ICO’s create liquidity and growth equity without giving up equity in most cases.