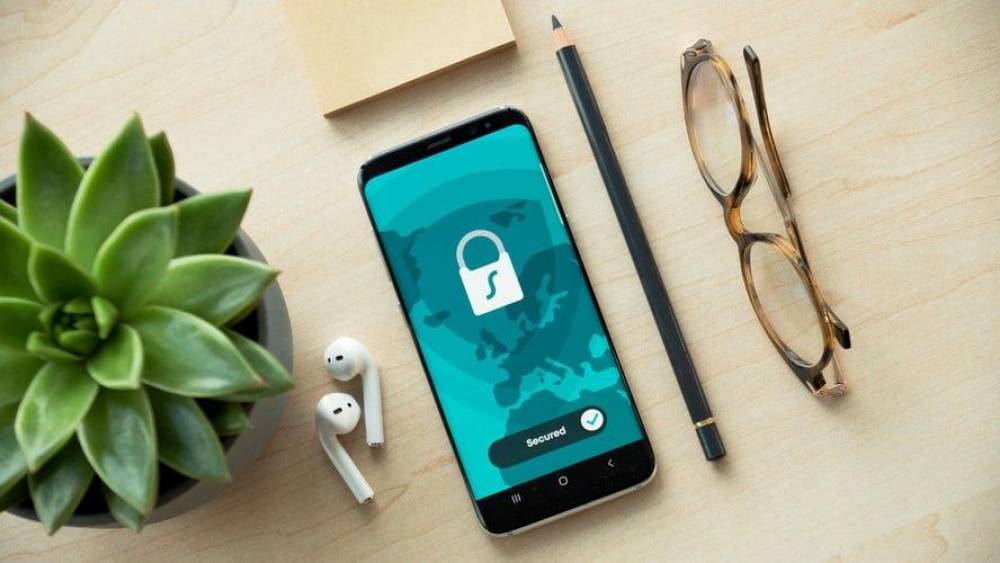 In the previous article on personal finance apps, we said that overt repetition about security in fintech is justified and that we had talked and would talk about it again. Well, why wait, let’s do it now and dissect mobile banking security standards and practices. Security is a sensitive issue. On one hand, everyone understands the importance of protecting fintech software. On the other hand, the knowledge of the exact details of secure app development may be somewhat blurry. And by details, we don’t mean all the nuances and practices that developers should know to build a well-protected app. Instead, we talk about general strategic guidelines and features in fintech apps to look for to successfully oversee security-centric product development.

So, this article is intended to deal with the blurriness on the topic and replace it with strategic clarity. We will share some mobile banking security tips and will show what to look for in a secure mobile banking app.

1. Challenges of Security in Mobile Banking

Challenges of Security in Mobile Banking

Bank heist movies are fun to watch: the action, the intricate planning, and crafty execution are thrilling and enjoyable to witness on a screen. In reality, bank robberies are not that fun or enjoyable considering danger and consequences. The biggest bank robbery in the history of the US happened in 1997 when five men stole $18 million ($30 million adjusted for inflation) from the Dunbar facility in Los Angeles. It was a well-planned robbery with consequential careful money laundering. And, if not for an accidental mistake made by one of the robbers, the criminal quintuplet would have gone unpunished.

The bank heist movies of the future will not be as thrilling to watch because the action will look like a bunch of people (or just a single person) sitting behind computers and thinking about ways of hacking banks. According to Accenture’s research, the number of cybercrimes increased by 15 in a year, while the average cost of a crime in 2018 was worth $13 million. At the same time, according to IBM’s research, the average cost of a data breach is $3.92 million worldwide and $8.19 million in the US.

However, security is not only about preventing hackers from undermining the system. It is also about building software that is free of potentially costly errors and bugs. For example, according to Tricentris’s research, software failures and errors dealt the economy $1.7 trillion of damage and affected 3.6 billion users.

Thus, no matter the industry software security is essential. However, fintech apps and mobile banks, in particular, are twice as vulnerable because of the specifics of the industry and the numerous money operations involved.

That’s why a security-first approach to development is so important to fintech applications. Such an approach starts with security specifications. Thus, while crafting a plan, developers should focus not only on functional requirements but also on the security needs of the future system. They should create a ‘blueprint’ of the future app based on the threats and risk assessments that will help to plan security measures required for a well-protected system. Afterward, cybersecurity professionals should ensure that, during each step of the development process, the afore-mentioned specifications are applied and manifested in the app’s functionality.

To set things straight, there’s no universal set of rules that will help you to build a completely secure app. Considering the evolution of the technology and specifics of each newly-built app, security risks assessment and development of cybersecurity requirements are absolutely necessary to create a bulletproof app. However, there are axioms that are a must for a solid foundation of any fintech application. Without them, a robust system is pretty much impossible to create. Those axioms help to target the most prevalent mobile banking security issues and build a solid app.

When the data is being transferred between systems or devices, it is especially vulnerable to malicious attacks. One of the best ways of ensuring data security is implementing end-to-end encryption where such a transfer of sensitive information can occur. With E2E encryption only a sender and a recipient have a key required to decipher the data. In this case, even if some third party gets hold of the data, it would not be able to do much with it.

Now smartphones have all that you need for great multi-factor authentication: fingerprints id, face id, voice id. Use whichever combination for different devices you find sufficient to ensure the security of the mobile banking app. Ideally, provide users with the possibility to choose their preferred combination but don’t forget to set an essential minimum.

Sometimes, a timely alert or a notification about operations or other occurrences in the mobile banking app is the fastest and surest way of preventing third-parties from getting hold of an account. A user who is notified about strange activity in a timely manner will be able to change the settings in the system to avoid troubles.

There are mobile banking regulations in place for various countries. Strictly following said rules is not only one of the most solid ways of developing a secure app but also a sure way of avoiding possible fines in the future. Making sure that an app complies with regulations is a challenging task. However, a proper team with experienced Business Analysts will help to figure everything out and create a legally-viable banking app.

At the end of the day, the most intricate, reliable mobile banking app will fail if its users aren’t cautious about their data and don’t know the basics of safe mobile banking use. Therefore, a fintech app should guide its customers and help them to use the software properly, choose the right passwords, setup authentication properly, remind them about the necessity to change a password once in a while, and back up data. In addition, the app should educate users in an engaging way about the necessity to be careful with their data and avoid suspicious requests and websites in order to not become a victim of fraud.

On top of the mentioned features, to ensure the security of mobile banking apps, the development team should adhere to the following rules:

A system is as strong as its weakest part. There’s no avoiding working with third-party providers in fintech. Therefore, it’s better to research them well and ensure smooth and secure integration with a mobile banking app.

That’s the ‘Duh! It’s obvious advice. Nonetheless, it is worth repeating because often the most obvious stuff is forgotten because it’s… Well, too obvious. It’s like leaving the house and forgetting to take the keys. Remember, a secure web connection (HTTPS) is necessary everywhere web connection occurs.

Writing a good code that adheres to standards and doesn’t have any bad programming practices is a must. Also, a well-written code improves readability, which helps other developers to better understand the code, decreases their frustration, and as a result, allows them to make meaningful and reliable contributions to the code of their predecessors and colleagues.

The quality assurance stage is an incredibly important stage of software development. Some people fail to realize the weight of QA in modern product engineering, but as we’ve mentioned earlier, QA is the new black. Only thorough testing will help to get rid of vicious, well-hidden bugs, which are always there, waiting for their time to act.

Mobile banking risks are numerous, and each of them poses a danger to the system, its users, and business. However, they’re possible to avoid by conducting a secure-first development and adhering to some basic rules of software development.

Unfortunately, there is no such thing as a perfectly secure mobile bank because as security practices improve so do crafty methods of undermining security and overcoming protective measures. There’s no evolution without threats. However, the closer you get to the perfect ideal of a well-protected fintech app, the less likely the product to fall prey to hacks, strange bugs, and unpredictable circumstances. Also, continuous improvement of an app is absolutely necessary for sufficient security in mobile banking.

In the end, the quality security of mobile banking comes down to a team responsible for the development. A sufficient team has BAs to conduct regulatory requirements, security specialists to analyze mobile banking application security requirements, designers to create an intuitive and pleasant user interface, software engineers to build a product, QAs to test it, and DevOps specialists to build a continuous delivery and improvement pipeline. With battle-hardened fintech and mobile development experience behind our backs, KindGeeks can become your team and help you build a robust and reliable mobile banking app.

By Yuliya Datsyuk
5 Mins read
Ukrainian IT outsourcing success is an achievement of the local workforce. Proficient employees, who are able to handle different tasks efficiently, is the core of Ukrainian software development industry, while economic factors and convenient taxation system are very pleasant bonuses. We determined 4 ingredients that are essential for generating demanded and competent workforce on such a scale.