Virtual Reality! Augmented Reality! Digital Worlds full of awesomeness and unique experiences! How cool is that? And we’ve only started!

“Not-so-fast, author... that does not sound cool anymore. It seems like you are trying to deceive us into reading a pile of tedious corporate stuff, aren’t you?”

Perhaps I am. But, would not you agree that thinking of a business world that is charged with VR and AR technologies as of a boring place to read about is a little misunderstanding? Just imagine all the potential these technologies have to reinvent some of the classic aspects of the corporate world. It could be an unprecedented “intuitization” of the industry. Besides, this topic is not so mind-destructive as quantum computers, so enjoy.

“So, are you going to tell us that some big companies struggle to implement virtual reality? That bunch of over-confident people in strict suits decided that they require it? Are you serious?”

Firstly, don’t be so stereotypical about the top management. I believe not all of them wear strict suits. Secondly, yes, they decided to do so because AR and VR technologies are huge now. And by “huge” I mean HUGE. In 2017, the VR and AR markets share was $9 billion, and it is predicted to reach $160 billion in 2021.

I would say it is “a surprise to be sure, but a welcome one.”

As you see, it’s not a regular chasing-the-trends routine but an attempt to become an active participant of novel and promising niche. And squeeze the possible maximum out of it, of course.

Some companies believe that they can use these technologies to build useful applications. For example, BMW wants to power up its development process with HTC Vivo VR. During the early development stages, the technology will be used to model design and functions of the vehicle way faster than before. As a result, the company will save significant amounts of time and money.

Besides, the developers will be able to work remotely, taking HTC’s kits with them.

And, I think, they wouldn’t miss the opportunity to explore some, ...mmm... other virtual worlds. I mean, it would be great for dealing with stress. So, only one technology, but double the benefit. 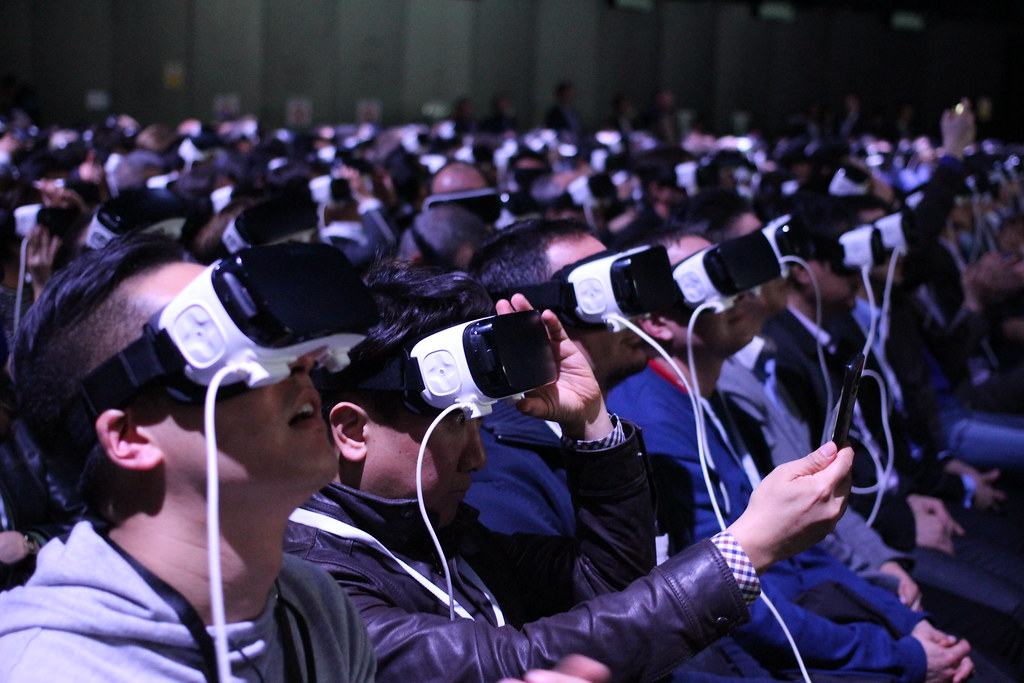 The intuitiveness that the VR technologies can provide has some other implications as well. Get ready. Now, I am going to come up with a short and fairly realistic but the most science fiction-like statement I possibly can.

Have you felt it? Yeap, welcome to the future.

Let’s devote some time to the topic we, the Knights of Adblock, thoroughly enjoy - advertising. I understand that it is fairly easy to forget about advertising with the proper set of instruments, which can protect you against this noisy and sudden stuff. However, advertising is still essential to the media business. As far as we tend to ignore or straightforwardly hate ads more and more often, the ad-makers should make it more original or create new ways of delivering the ad to an audience. And augmented reality is here to help them.

Do you remember the explosive success of Pokemon Go? Imagine dozens of similar apps but saturated with various ads, which is difficult to ignore. It is a golden pot for the industry.

If the tendency maintains, we would be able to observe some spectacular phenomena in the business world. Just imagine, remote corporate conferences using VR. It would be quite an experience. Especially, if you picture a serious businessperson who stands in the middle of a room with a strangely-looking gear on the head and speaks into the void while actively gesturing. I would like to see a corporate world like this. It definitely lacks some sci-fi-ish cheesines.

Obviously, that a broad implementation of the new technologies will cause a lot of problems the software developers and engineers will have to address. For example, the necessity to store significant amounts of data associated with 3D video. However, it’s not the first time professionals have to deal with some difficulties of epic scale. I believe they will handle it. Otherwise, we will not have a pleasure to participate in online VR conferences. Quite a downer.

Don’t forget to share the article if you enjoyed the reading and pet your cat if you have one.

KindGeek Java as an enterprise solution. Spring for any season. If you know what I mean😉 #trends #software #softwaretrends… KindGeek FYI #NewYork #tech #software #appdevelopers KindGeek "If you don’t have direct access to a stakeholder, don’t start a project unless you are entirely comfortable with y…