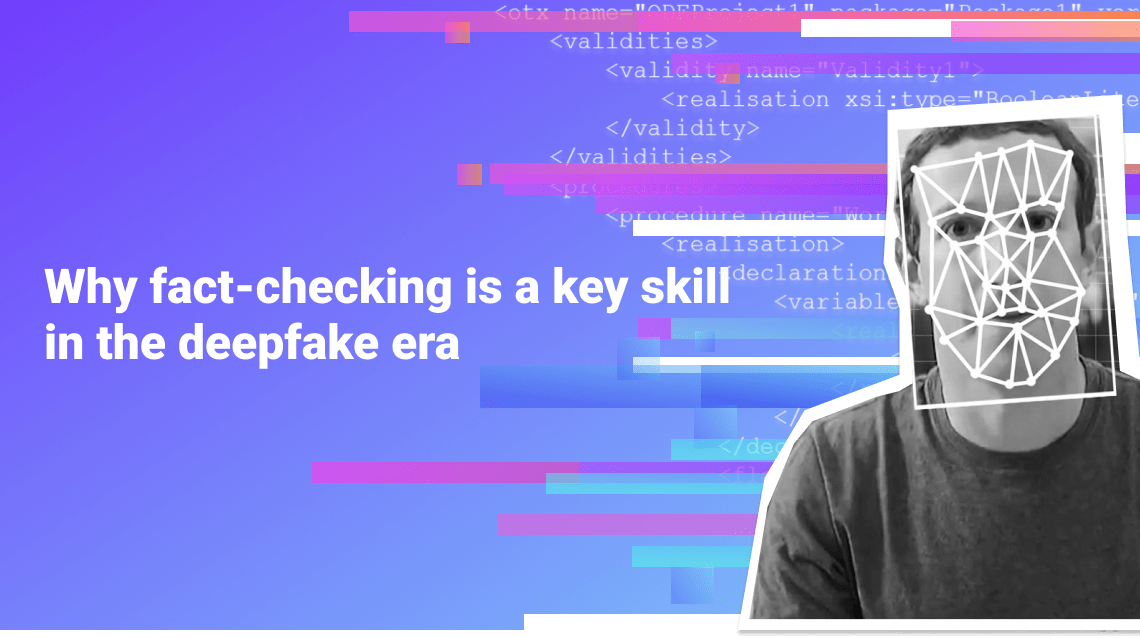 Why fact-checking is a key skill in the deepfake era

Along with the development of visual effects in social media: Instagram and Snapchat face masks, TikTok filters, the large amount of deepfake content online is snowballing over the last few years.

What is deepfake? It is a form of AI that uses deep learning algorithms which allow users to swap their face into their chosen source content or replace any voice with a selected one.

A few Chinese media recently wrote about the deepfake scandal around one of the local series. The filming troop suddenly decided to change the cast entirely in the middle of the filming process. As it turned out, it was not a classic change of the cast: new actors were generated using cutting-edge AI. And the series was released.

There is nothing wrong with this example, and what’s more – it did not cause any issues and simplified the filming process. However, it is not a surprise that such capabilities may also raise some concerns.

One famous (not for a long time, though) app that allowed you to see your face when you get old is entirely innocent compared to a deepfake-powered app that will enable you to “undress” any woman by simply uploading her photo.

About a year ago, after the Cambridge Analytica incident, the deepfake video featuring Mark Zukerberg was released: “Imagine this for a second, one man with total control with billions of people’s stolen data, all their secrets, their lives, their futures…”.

One more viral deepfake witnessed Jon Snow’s moving apology for the sad ending to Game of Thrones. And the most “breaking” one was probably Barack Obama calling Donald Trump a “complete dipshit.”

The technology can now create compelling but entirely fictional content from scratch – and it’s almost impossible to spot deepfake with the naked eye.

Today there are no policies that regulate deepfake implementation. However, Facebook, Reddit, and Twitter claim to be deleting such photos, audios, and videos. On the other hand, Google seems to do the opposite – recently, one YouTube channel posted a video in which Jay-Z reads Shakespeare’s poem “To Be or Not to Be.” Of course, Jay-Z asked YouTube to remove the video, arguing that it was a copyright infringement. However, the video was restored shortly after removal.

Deepfake seems to be an up-and-coming and dangerous technology at the same time. However, the fact is that deepfake will get more and more viral, so there is a great need for fact-checking and critical perception of any information on the web.